On Wednesday evening the 17th of October 2018, participants of the IMAGE interactive post-graduate course on genomic diversity of animals discussed several ethical questions related to the objectives of gene banks. For this occasion the organisers also invited a number of Dutch stakeholder representatives, to inform and to facilitate the discussions. Discussions were lively and also rendered a general consensus on several topics.

After a warm welcome by Sipke Joost Hiemstra, director of the Centre for Genetic Resources, the Netherlands (CGN), Michèle Tixier-Boichard, co-ordinator of the EU H2020 IMAGE project, introduced the IMAGE project: a multidisciplinary approach aimed at enhancing the use of genetic collections and upgrading animal gene bank management.
Before the discussion started, Sipke Joost Hiemstra provided some background information on the ethical questions (raised by ethical review of the IMAGE project) to be discussed. Questions were related to the objectives of gene banks, the choice of breeds to conserve, the decision making process, funding of gene banks, the balance between in situ and ex situ efforts, and the use of innovative cryobiology and reproductive technologies. Henri Woelders explained in more detail about the perspectives and ethical aspects of emerging technologies, such as cryoconservation and transplantation of ovarian tissue and primordial germ cells.
The students and several course teachers divided themselves in four groups to represent different stakeholder perspectives. The Dutch stakeholder representatives were: Sijne van der Beek - CRV (cattle breeding company), Rolinka Snijders - Moorkop rare chicken breed society, Geert Boink - chair of the Dutch Rare Breed Survival Trust (SZH) and Karel de Greef - Wageningen Livestock Research, representing a citizen perspective.
Following individual group discussions, results were discussed plenary. Although groups brought forward many different perspectives, there was general consensus on a number of issues. Stakeholders generally agreed about the main objective of gene banks: to provide a backup in case of unexpected threats or events and as an insurance for future needs. Moreover, gene bank collections can play an important role supporting breeding of in situ populations. All stakeholders agreed that breeds chosen for cryoconservation should add value to the gene bank collection, but different values were considered depending on the type of stakeholder: breeding industry was logically more interested in (future) production perspectives, whereas other stakeholders considered the cultural value, the endangerment status of a breed, unique characteristics and health aspects of a breed as criteria for conservation. There was general agreement that prioritization and decision making on which breeds and which animals to conserve should be done in a multi-actor setting where scientists, NGOs, breeders and government all contribute. The answer to the question who should pay? was that first of all the government is responsible for long term conservation, but breeding industry could also contribute, as well as possibly future users. The position of the one who pays, is the one who decides was also discussed but was not so much in line with the preference towards a multi-actor setting of priorities.
When discussing about the balance between in situ and ex situ conservation efforts, in situ efforts were prioritized, but ex situ efforts were considered an important complementary back up strategy. Over time ex situ collections might genetically become too distant from the in situ breeding population when collections are not regularly updated. In situ populations are currently used by farmers and breeders and breeds have different values, including cultural and environmental. Important information that is generally missing is the respective cost of both approaches, which could differ between species as well.
Finally, many questions were raised concerning the use of the latest innovations in cryobiology and reproductive technologies, such as cryopreservation of ovarian tissue, primordial germ cells or somatic cells. Most often, participants tended to think that an innovative technique may be used if this is the only way to go, considering that the target justifies the way to reach it. Yet, participants often expressed that all possible strategies and techniques should first be reviewed technically and ethically in detail, per species. Before implementing novel techniques in gene banking, the need for any technique should be clear and societal acceptable.
Results from the discussion will be included in the overall ethical review of the IMAGE project. At the end of the discussion a written questionnaire was distributed among the participants to have their personal views as well. 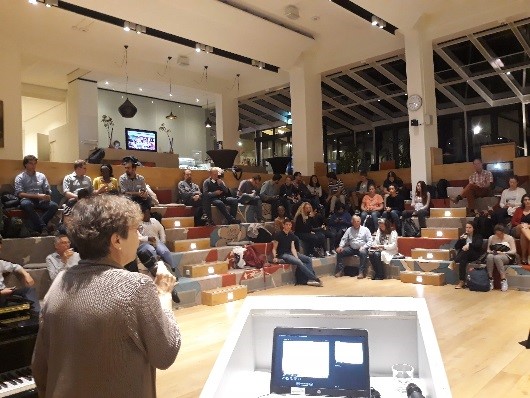 More information on the course can be found here.